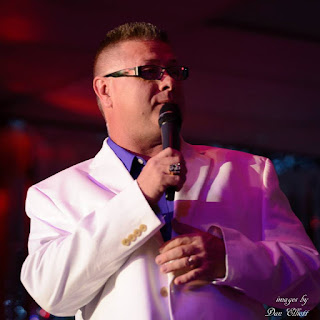 Allen began singing at the tender age of 3. His family had a gospel group that traveled to various churches and that is where he got his start. But that was hardly the end. While attending School he entered in and won , many talent competitions. He secured his first professional win a the age of 18 and he hasn't stopped since. Allen sings a variety of musical styles. He has stayed close to his roots and performs gospel songs. He is also widely known as "the Voice of George Jones" and he performs a lot of material form this, his favorite artist. How ever he also performs a lot of Elvis Presley's greatest hits and a variety of other singers, including Conway Twitty, Ronny Milsap, Merle Haggard and other country classics. He is also able to play lead guitar, steel guitar and the banjo

He was born on Flag Day, June 14 and often jokes on stage that he was born waving an American Flag. Whether he's performing before an audience or just sitting back taking it easy, there is one thing you can be sure of, when Allen is around everyone who comes into contact with him will be having a good time. Everyone he comes in contact with also walks away knowing they have made a true friend. He is at once refreshingly open, honest, friendly, and modest. His great voice and stage presence will all and entertain.