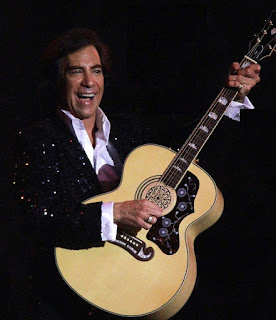 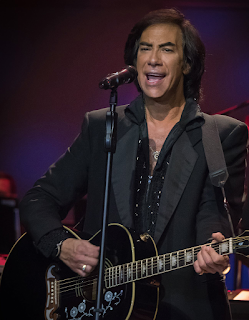 Neil Diamond has sold more than 135 million records since the start of his career in the mid ‘60s, and is one of the world’s best-selling artists of all time with 38 top 40 songs to his credit. Rob  has received numerous awards over the years for his tribute to Diamond including “Male Tribute Artist of the Year” in Las Vegas in 2013. He also has performed his show at more venues in Las Vegas than any other tribute artist in the industry. Both Diamond & Rob were born in Brooklyn, NY. In 1974, Rob moved from New York City to Las Vegas along with his parents and younger brother. In 1980 he formed the group Rock ‘n’ Roll Heaven and for 15 years achieved prominence as the leader and front man of one of the city’s premiere oldies and classic rock groups. Rob saw Diamond in his first Las Vegas concert engagement when he made his Las Vegas debut opening the Theater for the Performing Arts at the Aladdin Hotel/Casino in 1976. “He held the audience including myself spellbound, and broke all existing Las Vegas concert records at that time,” Rob stated. “I had been a fan since 1969 and I’d always thought that he had written some of the most poignant & passionate lyrics I’d ever heard and I knew he had a way of expressing his lyrics in a way that no other singer/songwriter had done before or since.” In 1995, Rob was personally hired by Paul Revere (of The Raiders) to portray Neil Diamond in the “Legends In Concert” show in Honolulu, Hawaii, the city’s biggest theatrical show and the world’s most popular impersonation. What was to be a two-month “trial” engagement for Garrett ended up being a three year run. In August of 1998, Garrett returned home to Las Vegas and continued to perform intermittently with “Legends” for another 2 years before deciding to go off on his own and create his own ‘Neil Diamond’ tribute show. Since then, he has kept up a steady tour around the country (and occasionally the world), performing in more towns and cities than most tribute artists in the industry. He developed a large, loyal, following and is known worldwide as the ‘’King of Diamonds,’’ one of North America’s most popular and sought after Neil Diamond tribute acts. What makes him one of the best is his reverence for Diamond, Diamond’s music and how he believes Diamond should be treated. “I call myself a ‘by the book’ artist,” he explained. “In other words, I rarely do anything on stage that he didn’t do or wouldn’t do. I never step out of character. Garrett’s plan is to keep doing what he’s doing, proving Diamond’s music is still relevant, and his legacy worth preserving. How does Garrett feel about Diamond’s recent decision to retire from live performances (after being diagnosed with Parkinson’s disease)? 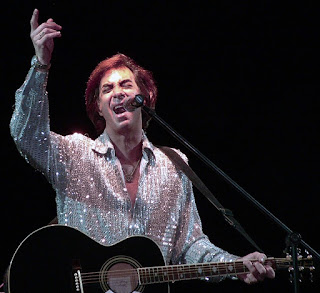 “I absolutely feel more of a sense of obligation, a good obligation, but it’s still an obligation for me,” he said. “To me, it’s something I never get tired of doing and I have every intention of keeping his legacy going. There’s a lot of people that never got the opportunity to see him live. “I’m never going to play the sizes of places he’s played, but in my own little cubbyhole, wherever I am, I’m going to do my best to give people an idea of what it was like to see Neil Diamond in concert during the late ’70s or early ’80s”. “After seeing him 17 times, I’m pretty familiar with his on-stage persona and his personality. Hopefully it’s something I get to do for a long, long time,” he said. “I’ve been doing this for 23 years, and the shows in Vegas and around the country, everywhere I go, they all appear to sell out, which means people still love him.”